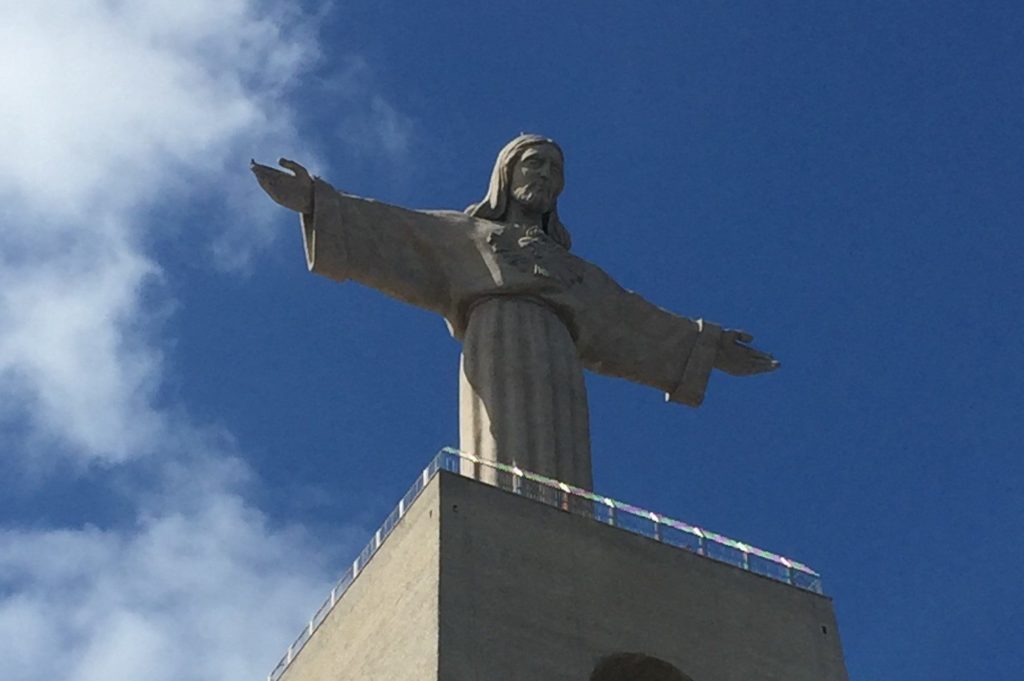 Itinerary of the Pilgrimage Tour

In this tour you will discover sacred places and paths in France, Spain and Portugal:

Your organiser Valérie will take you on a VIP pilgrimage.

This includes a full pension accomodation, with most of the daily activities provided in the trip.

The itinerary will be by bus, from a Paris region (or other French regions) and return from Lisbon by plane.

Lunch Break in the city of Saintes 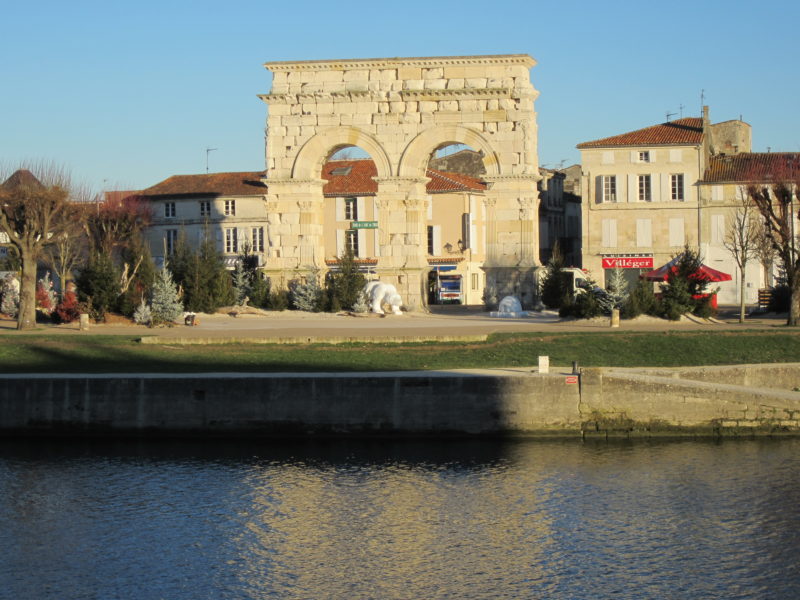 We will stop in the city of Saintes for lunch and taste the typical dishes of the region.

After lunch, we will take a digestive walk through, Saintes, a two thousand years  old city, built around the Charente river; with its history and architecture, it will take us back in time, in particular through the Cathedral of Saint Peter, the Church of Saint Eutrope and the Abbey of the Ladies. 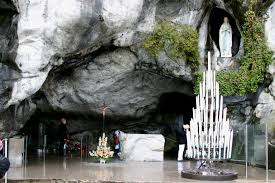 We will spend two nights in Lourdes.

A pilgrimage centre since the apparitions of the Virgin Mary in 1858, the city of Lourdes is an essential place to discover and experience the strengh and the legacy of faith.

A guided tour will be provided through the sanctuary of our Lady of Lourdes, the Crypt, the Basilic of the Immaculate Conception, the Grotto and the house where Sister Bernadette was born.

We are going to light the candles during the walk of processions and partcipate in the messes. 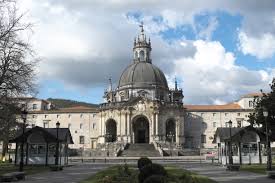 We will arrive in Azpeitia on the third day of our journey and spend one night in this beautiful Spanish Basque city.

Azpeitia is a municipality in Guipuscoa in the autonomous community, famous for Saint Ignatius, Basque-Spanish priest and theologian.

At the exit of the city is the hamlet of Loyola from which Saint Ignatius originated. Born in 1491, the Saint was a founder and the first Superior General of the Society of Jesus, a Catholic congregation recognized by Pope Paul III in 1540.

Near the house where Saint Ignatius was born is a monumental and religious complex. A visit to these sites will take place, including the Church of St Ignatius of Loyola, the small town and his birthplace. We will then be able to visit the room where Saint Ignacius had the revelation and the divine faith.

Stop for lunch in the city of Astorga (Leon Region / Spain)

We will taste the typical culinary flavours of the Spanish province of Leon. 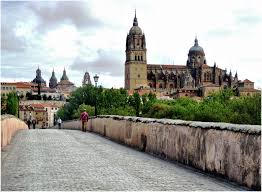 Astorga is a city located in the autonomous community of Castilla y León, in northwestern Spain.

Astorga is a stopover on the “Camino francés” of the pilgrimage of Santiago de Compostela.

After a quick and digestive stroll through the city, we will continue our journey towards Santiago de Compostela.

Arrival at Saint James of Compostella

Santiago de Compostela is a city in the province of A Coruña and the capital of Galicia (Spain).
Considered one of Jesus Christ’s favourite disciples, the Apostle Santiago was executed in Jerusalem for defending Christianity and, according to tradition, received the burial on Galician soil, where centuries later the cathedral dedicated to him was built.
The pilgrimage to the tomb of Santiago was one of the most important in medieval Christianity. Practically disappeared in the nineteenth century, it has experienced a resurgence of fervour since the end of the twentieth century.
According to numerous testimonies, the pilgrimage to Santiago de Compostela leads to good physical and psychological conditions.
Thus, the Way of Compostela could have the same purpose as psychotherapy, a kind of “caminotherapy”.

A guided tour of the Cathedral of Santiago de Compostela will also take place . We are going to visit the Crypt, the tomb of the Saint, and pray. Also, we will take a walk through the historic centre of the city. 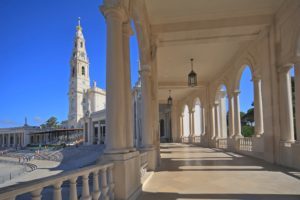 After Galicia, we will arrive in the city of Fátima located in the district of Santarém in central Portugal. The city houses the sanctuary of Fátima, a place of pilgrimage.
The Chapel of Apparitions is located in the very place where the Virgin Mary appeared in 1917 to three little sheppard children, one of them was Saint Lucia.
Other sacred places include the Basilica of Our Lady of the Rosary, with its golden angels and the modern basilica of the Holy Trinity. The Museum of Sacred Art and Ethnology exhibits religious objects.

The Sanctuary of Fatima contains an atmosphere of serenity and light, inviting to prayer, reflection and harmony of the spirit. Regardless of religious belief, no one is indifferent to the universe of tranquility and faith that is found there. Fatima is the hope, the light and the city of peace.

Pilgrims come to Fátima to make prayers and promises. We will have the chance to do the same.

Also on the program: guided tour of the Sanctuary of Our Lady of Fátima , the city of Saint Lucia: ALJUSTREL, the house of Saint Lucia and the first apparitions.

After spending two nights in Fatima, we are going to be on the way to Lisbon! 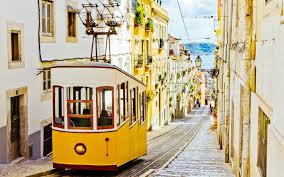 Lisbon, the city of seven hills, will be visited in Tuktuk.

It is a city of all splendour that perfectly manages to mix traditions, heritage, modernism and progressive mentality.

The architectural richness of the cathedrals and churches decorates the city with a deep soul.

We will spend two nights there and visit in particular the oldest cathedral of Saint Mary and the church of Saint Antoine, the Saint who used to unit hearts.

A dinner to the sound of traditional fado songs will be served in the picturesque district of Alfama.

VI – Day 10 : Return from the airport of Lisbon